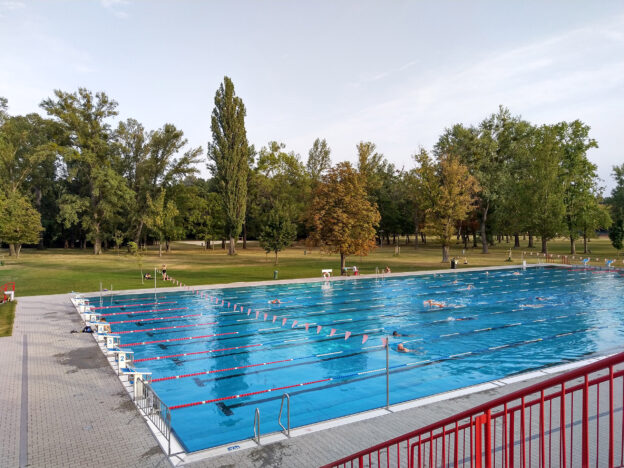 I love Stadionbad since my childhood days.
It’s a big public swimming pool in the middle of the green Prater in Vienna’s second district.

I used to go to Stadionbad with my grandparents and my sister in the summers of the 1980s. Back then, there was no subway line nearby, so the only way to get there was to take a bus line or simply walk from Praterstern – or directly from Schlachthausgasse, where my grandparents lived.

Stadionbad was initially built in the beginning of the 1930s but was completely destroyed in World War 2. It was rebuild from the ground in the late 1950s – even bigger than before. Today, it actually is one of the largest pool complexes in Europe.

The 1950s/60s architecture is still ever so obvious in the place. That‘s perhaps one of the reasons, why I like it so much. It embodies a kind of powerful optimism, a feeling of renewal and modernism. Back when „naked“ concrete was considered the building material of the future. When getting rid of architectural pomp and glitter symbolized opening up the place for everyone… This kind of „naive optimism“ feels very strange and distant today.

It also is closely connected to the social democratic history of Vienna, which is one of the reasons why many places like this exist in the city. Stadionbad is in fact still owned by the city of Vienna today.

A lot has changed at Stadionbad, making it a different place than in my childhood of course. Only this year I discovered that the old, wooden dressing-room furniture dating back to the 1950s has been replaced by new standard facilities.

Another thing I intensely recall from my childhood memories doesn‘t exist any more today: There used to be a puppet theatre stage just next to the pools, with shows every hour on Sundays or holidays.

Stadionbad – a blue & green gem in the big city

Apart from my family and childhood memories – what is it, that I like so much about the place?

It‘s great to live in a city of 2 million people and be able to cycle to a beautiful pool in the green in just about twenty minutes from the inner parts of the city. 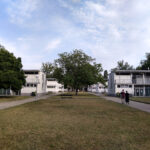 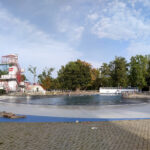 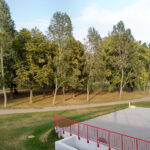 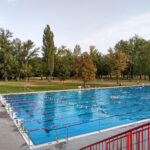 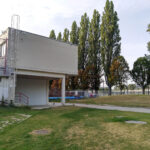 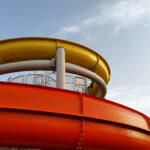 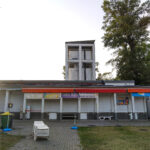 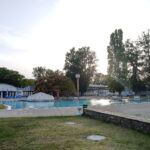 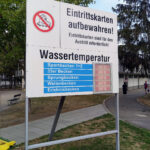