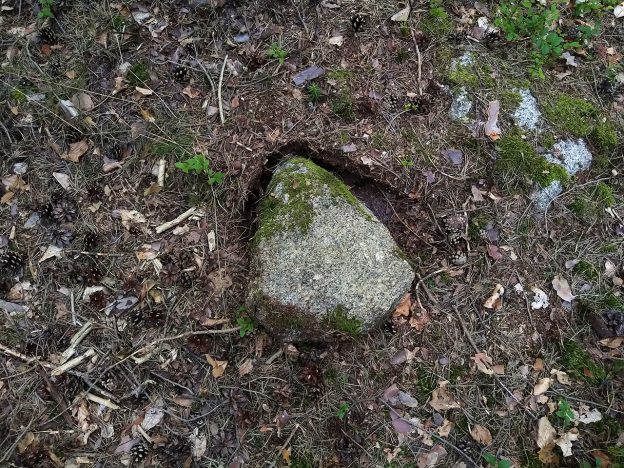 This summer, I spent a wonderful week in Lower Austria’s beautiful Waldviertel. Its northwestern region bordering to the Czech republic is famous for its thick forests and massive granite rock sites, which can be discovered in lots of places there.

These big rock formations resemble large (natural) sculptures in various forms and I’m fond of them. What makes them even more fascinating is the fact, that they have been formed over millions of years through spheroidal weathering. Compared to what these rocks have endured, our own human lifespan seems pretty insignificant…

While picnicking on a huge granite rock in the woods one evening, we had the idea to take a small piece of Waldviertel home with us to Vienna. I’d loved to have a giant granite boulder in our garden but since we don’t have enough space, we settled for something smaller.

Close to where we were staying (almost on the Czech-Austrian border), I found a beautiful, medium-sized rock partly covered with moss. Despite its size, it was quite an act to carry it all the way trough the woods to our holiday home and car.

A rock with an invisible connection

I like the idea of permanently or temporarily changing the location of natural objects. Taking something out of its natural context and surroundings and placing it in a different setting feels like more than just changing its position. As if an invisible connection between the moved object and its previous place is being established and thus transforms the new location of the object by retaining some of its context information. At least in my mind …

For me, the rock placed in our backyard works like a physical hyperlink to the remote spot in Waldviertel where it has been lying around for who knows how many years.

While the motive for our rock transfer was mostly romantic and for decorative reasons, on a larger scale, moving rocks from one place on the globe to another is a theme in the art world.

In my time at art university, I was lucky to study in the class of Mr. Karel Dudesek for some time, who had been one of the founding members of the art group Minus Delta t. In 1982, together with Mike Hentz and other artists, they moved a 5,5 tons granite rock from Wales to India. For the “Bangkok project“, Minus Delta t also issued shares to make the audience co-owners of the rock and the artwork and determine the future purpose of the rock.

Apparently, the rock made it to the Austrian embassy in New Delhi, where it still can be visited today.

Also, Chinese artist Ai Weiwei has transported a giant rock from Sichuan, China to the summit of the Austrian mountain Dachstein in 2010. Using a helicopter, the 4 ton rock was moved up the mountain.

Our small Waldviertel rock will probably just spend another quiet millions of years in the south of Vienna, or whatever the region will be called like in the distant future… 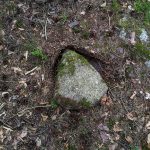 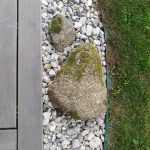 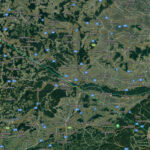 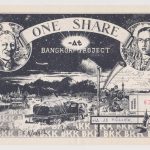 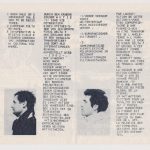 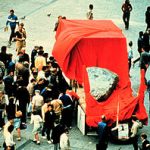 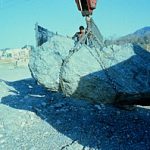 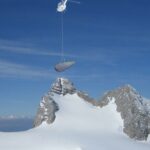